Hey-o!  I’ve had many requests (especially from others in the Lyme community) for an update on my progress, which is long overdue.  First of all, my apologies for seemingly falling off the face of the earth for a while.  I’ve been extremely busy living, loving, working, traveling, and enjoying my life again!  More on that later…

On Christmas Eve (I think it was 2013, but my memory is pretty shot from when I was sick), I remember posting a picture that said, “All I Want for Christmas is a Cure” on my Facebook and Instagram accounts.  I also remember deleting it within seconds because I was so ashamed and afraid I would appear weak, needy, attention seeking, or be accused of exaggerating the severity of my condition. If anything, I was downplaying the fact that I was on the brink of death.

When I was very ill, I couldn’t help but notice that there was an overwhelming amount of negativity, fear, hopelessness, suffering, and depression within the Lyme community (which obviously came along with a disease that shatters your existence into a million pieces).  I personally still know many people who just can’t seem to get better, or others that have been treating for decades and have made minimal progress, or some who do make progress but keep relapsing.  Then there is the extremely high rate of suicide, which is the leading cause of death among Lyme patients, in addition to fatal Lyme related complications such as cardiac arrest or organ failure.

My heart aches when I think about it.  It is so unbelievably demoralizing, and at times, too much to make you want to fight through even one more hour of intolerable pain and suffering, especially since there seem to be so few success stories of real people who have overcome Chronic/Late-Stage Lyme Disease.  Well, I can tell you that I am finally, FINALLY one of those people…I am a success story!!!!!  Take that, Lyme Disease!

I try not to get too comfortable with how much progress I have made because I will never know for certain that I will remain healthy, but I am very optimistic 🙂  I still see doctors and specialists frequently, get infusions, and take a small amount of medications and supplements, but I am no longer held hostage to an insane round-the-clock schedule of popping close to 100 pills a day.

I think most humans that have endured what we as Lyme patients have suffer from varying degrees of Post Traumatic Stress Disorder (PTSD).   It’s overwhelmingly traumatic, and to go back to those dark, painful, horrific memories (especially knowing that you are not cured- that there is no cure, and if you don’t do everything just right, or maybe even if you do, you could find yourself right back at square one in the blink of an eye…fighting for every next breath you take).  You also need to try to live your life as best you can, and enjoy all you can without fear of the what-ifs.  Nothing in life is guaranteed. 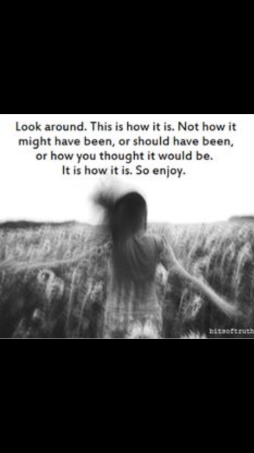 I think many of us that do heal just want to move on with our lives and leave our sickness in the rearview mirror.  We have a ton of catching up to do from all the years we’ve missed, the friends and family we haven’t seen, the work we haven’t been able to do, the fun we haven’t been able to have,  the money we haven’t been able to make to pay off our astronomical medical debts, etc.  We’ve been watching our life pass us by from the sidelines as everyone else has been living theirs, and once we get ours back, we want to truly live, participate, contribute, and enjoy every glorious second we can. 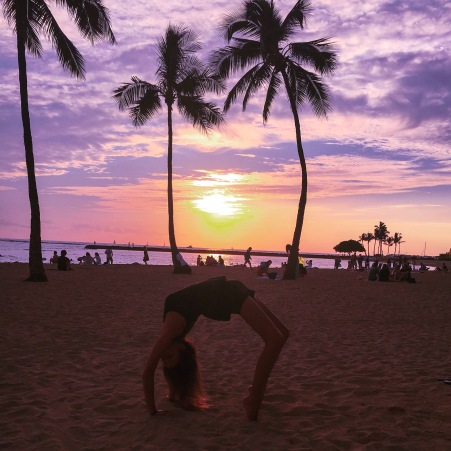 From the outside looking in, I’m sure there were people who thought I was doing great (because I looked fine on the outside)…and possibly even playing the sympathy card.  Nothing could be further from the truth.  That’s the trouble with having an invisible chronic illness that no one understands- one that most doctors ridicule you for, and insurance companies turn a blind eye to because they can and they don’t want to pay.  Your pain can’t be seen by others, and you are easily and often written off as a head case. 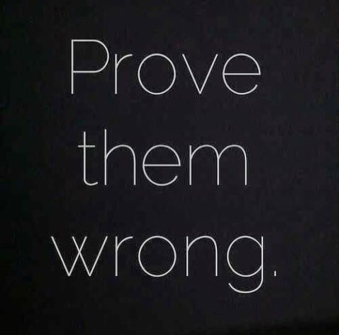 I became close with so many other brave souls who were tormented relentlessly by this disease.  Other Lymies are truly the only people on this earth who can possibly understand this illness.  They are quite literally crawling through this messy, uphill battle with no clear direction, and have also suffered great loss in ways I can’t even begin to describe.

Worse than any physical pain was the emotional pain I was subjected to from people I thought loved me.  People I cared for and assumed would always be there for me began to fade away quickly.  They were sick of me ‘complaining’ and not being the fun, outgoing, happy, and care-free person they used to know.  They were tired of hearing about Lyme Disease.  They didn’t understand how I could be doing ok some days, and other days I couldn’t even move or speak.  They were upset with me for not remembering conversations that were important to them, or fun things we did together.  They were tired of me repeating things over and over like a broken record because I didn’t remember ever telling them in the first place.  They didn’t understand that I had to put my healing and recovery before everything and everyone else. 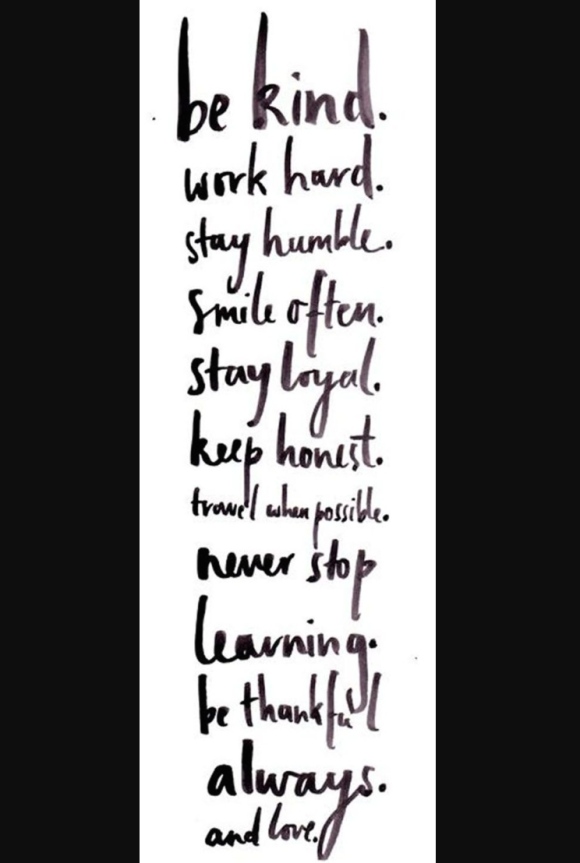 I did everything in my power to educate people about Lyme Disease and how debilitating, torturous, and deadly it can be, but I’m sure even that started to rub people the wrong way.  I had nothing but good intentions, and truly wanted to save everyone I possibly could from suffering from something that is so preventable (and treatable if caught early enough).  Regardless, I felt like I was constantly under the microscope and being judged for every single thing I did or didn’t do.  Like, “Oh, I saw pictures of you at a party.  So that must mean you’re cured and just faking you’re still sick for attention.”  Or, “Oh, I saw you spent money on something other than supplements, medications, medical bills, or doctor visits.  You must have plenty of money for everything you need and want.”  WRONG.  WRONG.  WRONG.  There is no cure for Chronic Lyme Disease, and my path to remission has been a messed up, chaotic, and extremely frustrating journey. I still have bills I’m trying to pay off.

But none of that should matter to anyone but me.  Most don’t have the slightest clue what I’ve been through.  It also shouldn’t mean that I’m not allowed to do anything enjoyable in life.  What would I have to fight for?…to live for?  Many times, I would force myself to go out, paint a smile on my face, and suck it up for a little while just to have some human interaction.  I can’t explain in words how alienating it is for people not to believe you are sick, or how incredibly lonely and isolated this disease makes you.

This past year, I took breaks from social media and blogging because I needed to fully focus on me for a while…on healing and rebuilding my life.  I had been trying to put the pieces of my life back together while simultaneously trying to save every Lymie I could, and it was really taking a toll on me.  I couldn’t keep up with everything, so I knew I needed to unplug for a bit and get the chaos of my life under control before I could start helping others again.

January and February of 2016 were extremely challenging for me.  My health had quickly declined again to the point that took me back to some of my worst days.  That’s probably one of the hardest things about this disease- you never know if you’re having a full-blown major relapse, or just a couple of awful days…or weeks…or months.  One morning, I was jolted awake before sunrise by throbbing, shooting, intense pain in my teeth and jaw (Lyme loves the mouth and teeth).  I had pain everywhere in my body again, but this pain in my mouth was different.  I couldn’t help but wonder if there was some sort of connection between my oral pain and my rapidly deteriorating health.

My Lyme specialist confirmed my suspicions, and believed I had osteomyelitis in my jaw from an infection years ago which was never properly treated.  She immediately put me on a high dose of antibiotics, along with a boatload of supplements.  My rheumatologist later concluded the same thing, so at least I had some direction (although I have never been a fan of long term antibiotic use, and I have never tolerated them well, either).

This medication proved to be beneficial, and within two or three weeks, the pain in my mouth had subsided.  Many other symptoms were still there, but seemed to be more tolerable.  I got to the point where I was about 80% better on my good days, much of which I attribute to treating the Lyme and confections with bioavailable copper, High Dose IV Vitamin C and glutathione infusions, proper detoxification, and dietary changes (plus the antibiotics for the osteomyelitis).

It was encouraging, yet discouraging at the same time.  Every time I tried to go off of the antibiotics, the pain in my mouth would resurface within a few days.  Each time this happened, I would reluctantly go back on the medication with the fear that I might have to be on antibiotics for the rest of my life.  This also meant that I might need to do IV antibiotics, which is extremely dangerous, but would hopefully be covered by insurance because at least osteomyelitis is a condition recognized by mainstream medicine.  Fortunately, in September, I was able to go off the antibiotics and the pain in my mouth still hasn’t returned!  Another victory!!!

The missing piece in my recovery was something that came back into my life a few months ago, when I was connected with another Lymie who had been recently diagnosed and was trying desperately to find some sort of treatment(s) that might help her.  We instantly bonded, and actually provided each other with critical pieces each of us had been missing from our treatment protocols.  She recommended Low-Dose Naltrexone (LDN) which I had tried in the past without success, but after speaking with this young woman and learning about how much it had helped her, I decided it was worth considering again.  She was kind enough to invite me down to Madison to attend a seminar on LDN, and I was completely blown away by what I learned.  I started back on the LDN the very next day.  She, on the other hand, started on the Mitosynergy, which has helped her so much that it brings happy tears to my eyes. 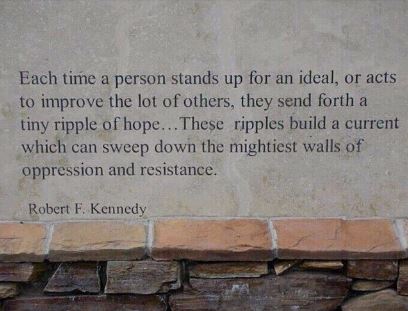 As I sit here today, (three years since my Christmas wish) I can tell you that most days I am almost completely symptom free!!!  I am still treating, but not with much, and I’ve been able to be incredibly active:) So I guess hopes, and dreams, and Christmas wishes can and do come true.  It certainly didn’t happen overnight, or without frustration and many bumps in the road, but this beautiful life right here and now is real, and it’s spectacular!

10 thoughts on “My Christmas Wish”