My mom and I walked into the consult with my surgeon last Tuesday knowing exactly what to expect.  The radiologist in my hometown had interpreted my MRI and reported the finding of another giant hemangioma on my liver, in the same place as the last one.  Honestly, I wasn’t even worried about me this time around…I was more concerned with my dad and his health issues.

I was fully prepared for the recommendation of another liver resection surgery sometime in the not too distant future, because due to the size of the tumor, it could rupture.  I knew all the risks.  I knew what I was up against.  The tumor was smaller this time, so I assumed I would have a bit of wiggle room as to when my surgery was scheduled.  Last time, they did it the very same week I was seen for a consult- I barely had a moment to wrap my mind around all that was happening then. 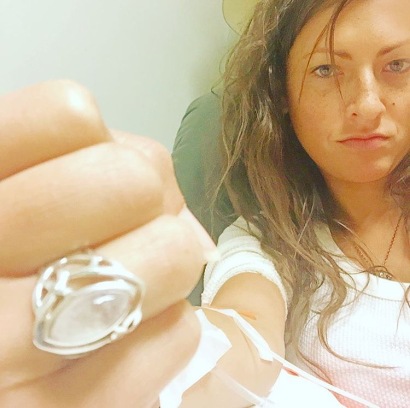 There was some strange sort of comfort in knowing what to expect, in addition to having a surgeon I knew, trusted, and greatly respected.  I was confident that I was in some of the best hands on the face of this earth, and I had been through this all just 4 years ago.  I struggled for a long time afterwards (both with a lengthy recovery from the surgery and a relapse with Lyme), but came out stronger in the end.  I was as prepared as I could be for round 2.

The nurse led us back to the exam room, and a resident, along with a couple of medical students began to filter in, but my surgeon was not in the room.  Immediately, I felt a lump in my throat, as this was not at all what I had been expecting. 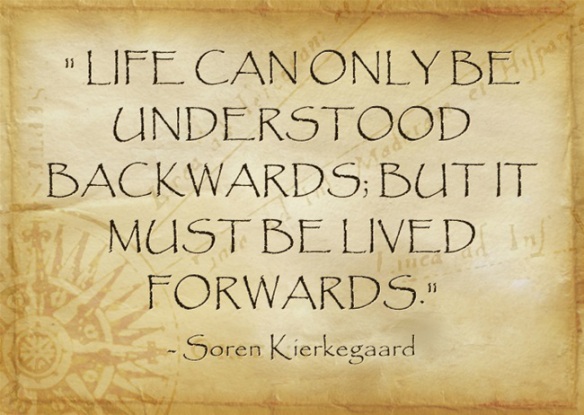 The resident sat down at the computer and started reviewing my scans.  He asked me if I knew why I was being seen.  I explained to him that my hemangioma had come back.  He stopped what he was doing and looked up at me and said, “What makes you think you have another hemangioma?”  At that point, my heart sank.  I told him I had read the radiologist’s report, and that was what had been concluded.  Two more med students squeezed into the tiny exam room to watch.  My heart was racing and I trying my hardest to keep it together and remain calm and composed.

The resident said to me that they had reviewed all of my imaging and they had no reason to believe this was a recurrent hemangioma.  He explained that although there was another tumor in the same area, the composition of this mass appeared quite different than that of a hemangioma- especially by the way it illuminated with the contrast dye over time.  I felt like I had been hit by a ton of bricks.  I was completely blindsided.  I didn’t expect this news, nor did I have any reason to.  It didn’t make any sense.

Surrounded by several med students watching my case consult like it was an episode of House, I began to panic a little.  My surgeon finally walked into the crowded room.  The first words that came out of his mouth were no sort of greeting at all.  Maybe I’m not remembering everything as it happened because I was in panic mode, but I think he walked in and blurted out something like, “Wow, you sure are rare.”  That’s not exactly something you want to hear from a distinguished surgeon who has been doing liver surgeries his entire life.

My surgeon proceeded to say that he had never in his entire life seen a recurrent hemangioma, and this was just not characteristic of how one would present on an MRI.  One of the most confident surgeons in the world (and rightfully so) was at a complete loss for what to tell me.  He eventually continued by saying that nothing about my case made any sense to him.  He had never seen anything even remotely similar to this.

I was informed that the next step would be to biopsy the tumor to find out exactly what we were dealing with, which I was terrified to have done.  Last time, no one was willing to do a biopsy because the risk of it causing internal bleeding was too high.  My mom and I expressed our concerns, and were told that although there was a small risk of bleeding, it was nothing we should be worried about.  (Once I had some time to process all of this information, I concluded that they must be fairly certain this couldn’t be another hemangioma or they wouldn’t be ordering a biopsy).

All of our subsequent questions were met with blank stares and poker faces.  I prefaced another question with “I know you all might think I’m crazy for even bringing this up, but I have to ask…” I asked about Bartonella- or basically whether an underlying infection could be causing these tumors.  Everyone looked around the room without saying a word.  Everyone looked so confused.  I asked my surgeon directly if he was familiar with Bartonella and he said he was not.  The resident finally said, “Oh, you mean Cat Scratch Fever?!”….umm, not exactly.  Insert giant facepalm. I could see some of the med students’ wheels spinning as I explained that Bartonella can and does cause vascular tumors.  My surgeon didn’t say much in response.

The last question that I was dreading asking my surgeon but knew needed to be asked was, “Is there any chance this tumor could be malignant?”  That question was met with silence; with no emotion…a few seconds that seemed like an eternity.  He finally spoke and said, “We see what the biopsy says.”

Everyone filtered out of the room without saying a word- aside from one young woman who sat with my mom and me as we were both probably fighting back tears, trying to be strong for each other while sitting there in complete shock and disbelief.  I couldn’t breathe.  I couldn’t speak.  The woman proceeded to schedule me for the next available biopsy procedure, which was on Friday morning.  Once again, I left with more questions than answers, but would not allow my fears to get the best of me. 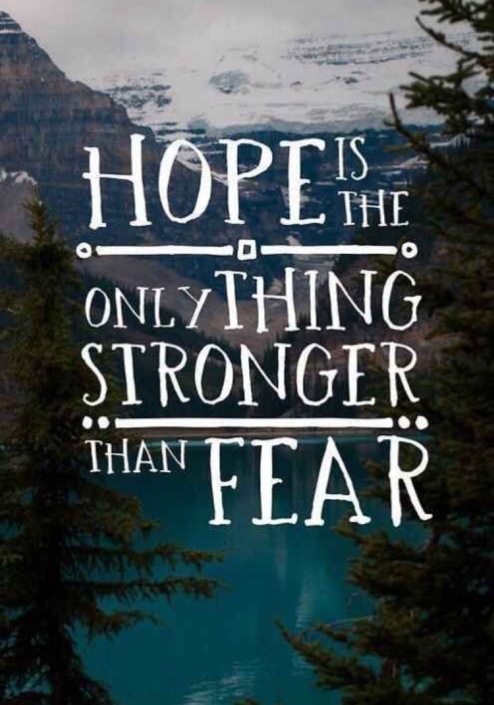