The reason I share so much so openly is simply so that others may learn from me, or find strength or courage or hope from my story.  I am not a doctor or medical professional, and this is not medical advice.  If you are faced with health issues, I encourage you to do a lot of research and educate yourself (while trying to not allow it to consume you…maybe I should take my own advice, ha!), get more than one opinion, explore several options, and ask tons of questions.  You need to become your own advocate in this confusing “healthcare industry” because it’s just that- an industry.

They say that nothing ever goes away until it has taught us what we are meant to learn, or what our soul needs to grow. I don’t yet understand why I am faced with this challenge again (and so soon), especially with all the progress and healing and countless things I’ve learned: things about medicine and natural treatments and the human body; things about health and wellness and love; things about character and generosity and empathy; things about living in the present and cherishing time with loved ones and making space for the right people to be a part of my life. I’ve learned about seeking justice, and perseverance, and standing up for what is right- no matter how impossible it may seem to have the ability to make a difference; I’ve learned about challenging people who used to intimidate me by their power, or their degrees, or my perception of their intelligence.  Perception can often be dangerous and more powerful than reality because we fail to truly see reality.

I’ve spent the past 4 1/2 months searching to the ends of the earth for answers, investigating treatment options, talking to the best of the best in both science and medicine, and I’ve finally decided on a path forward. I will be having a second open surgery next week to remove what is believed to be a recurrence of the first giant hemangioma on the right lobe of my liver. This recurrence is so insanely rare.  Mine would be the 6th case ever documented in the US.  The radiologists do not agree that it looks like another hemangioma, although biopsies have indicated otherwise. I guess I’m pretty special 😉 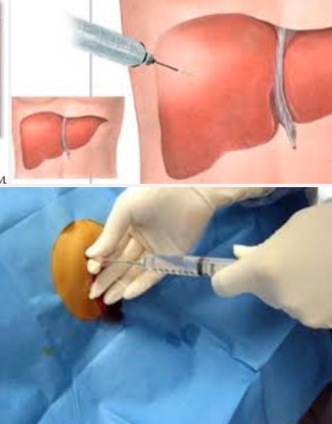 You can see how much larger the right lobe of the liver is (left if you’re looking at the picture), and also how a biopsy is done (usually through the rib cage).

In my research, I managed to find an excellent surgeon from a medical journal written on recurrent hepatic hemangiomas who had actually treated 2 patients, and was still practicing at a very reputable hospital in NYC! For my own sanity, I needed to meet him.  I had to be seen by a surgeon who had dealt with cases similar to mine, so I made the journey out east.

He was very kind and extremely confident (although confidence doesn’t always equate to being correct) that this was in fact a recurrence and nothing else, which was likely due to some residual hemangioma-like tissue that was not identified at the time of my first surgery. As for why it had grown so quickly, he could not speculate.  He also seemed baffled that both lobes of my liver have been affected by hemangiomas (these are believed to be congenital, but usually confined to one lobe).  Luckily, none of the three on the left lobe have grown or changed!  Let’s keep it that way 🙂 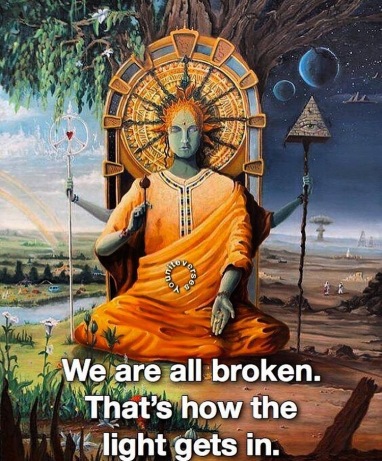 Another option that was presented to me by a third hospital was Microwave Ablation of the tumor. I wasn’t too keen on this method of treatment to begin with, but decided it would be wise to go for the consult in order to learn more about it before ruling it out. They did some additional imaging (the tumor measured at 6.5cm in May, and appeared to have grown to 10-11cm by August), and then discussed the procedure in greater detail, potential risks, side effects, etc. They indicated that their goal was to ablate (essentially, burn) most of the tumor, but this tumor had grown out of almost nothing, so destroying ‘most’ of it just wasn’t going to cut it for me (see what I did there? haha!).

Being the curious little cat that I am, I carried on asking all kinds of questions of both the surgeon and the ablation technician.

Me: “How many of these procedures have you done.”

Me: “Wow, ok, so who would you consider to be the expert here in hemangioma ablation?”

(Obviously none of which were recurrences with tons of scar tissue and possible adhesions of the liver to surrounding organs. Yikes.)

Me: “So, how can you be sure that none of the surrounding organs will be damaged?”

Doc: “We use water to create a barrier between the liver and any surrounding organs, so the likelihood of other organs being damaged by the ablation is very small.”

Me: “What if the liver healed from the prior resection in such a way that it has now adhered to nearby organs.” (very possible)

Doc: “Wow, you’ve really done your homework. I guess I would just try not to ablate near that part of the tumor. There is a small chance of burning your diaphragm, or a minor lung puncture (in my mind, it’s either punctured or it isn’t!), kidney damage…

Umm, no thanks. I’ll pass on being a lab rat and potentially damaging vital organs so that you can destroy MOST of the tumor…when what’s left behind will likely just continue growing.  I’m not willing to take all kinds of risks for a temporary fix- only to find myself in a similar situation in a year or two.

So, surgery it is! Logistically and financially, it made more sense for me to have the surgery closer to home, so I decided to go with the same surgeon who did my first surgery. Although he has never dealt with or seen a recurrence of this type in his entire life, he is a phenomenal surgeon and I really trust him. The surgeon in NY was strongly favoring a complete right lobectomy, and my surgeon has agreed that would be a safer procedure.

One thing I was unwilling to budge on this time was having a tissue sample sent to a private lab in North Carolina to be tested for Bartonella. I requested this testing several times, but it seemed to fall on deaf ears…at least until the NY surgeon faxed over his case notes, including prior diagnoses of Chronic Lyme Disease and Bartonella (Chronic Lyme and other tick borne diseases are more readily acknowledged and treated in New York and a few other states, as legislation has been passed to protect doctors who treat Late-Stage Lyme/MSIDS; doctors out east are also more familiar with these diseases). 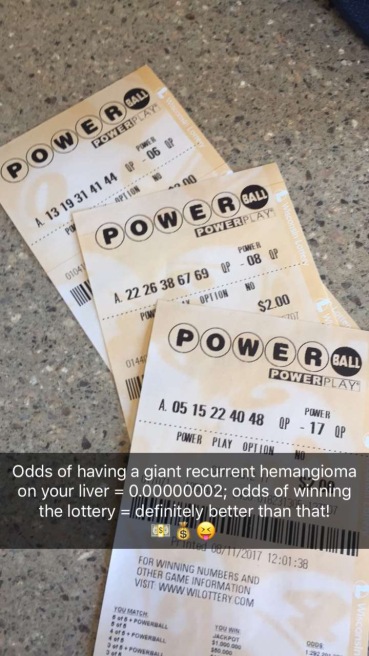 As luck would have it, the surgeon from NY and my surgeon are actually friends who seem to highly respect one another, so I think that once my surgeon saw Bartonella in the other surgeon’s report, he was compelled to do a bit of research on the disease. I went for one last preoperative consult to discuss the specifics of the right lobectomy, recovery, testing of the tissue once it is removed (in the attempt to identify a cause), and things of that nature. 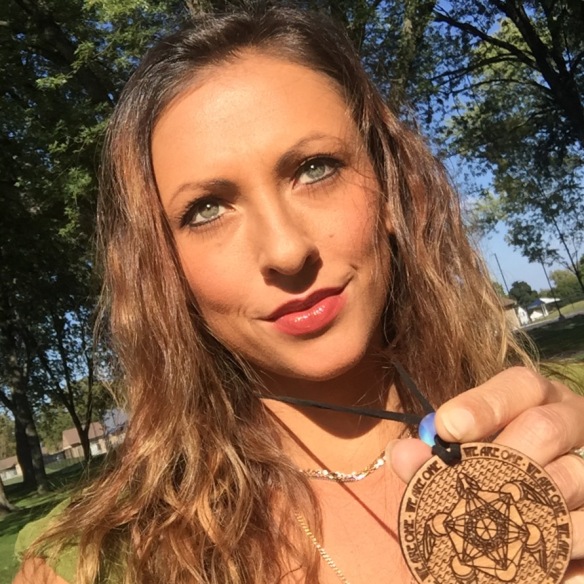 For this consult, my exam room was once again filled with med students and residents.  I had been begging and pleading with dozens of doctors for additional testing for nearly 5 years with no avail. I was very hesitant to broach the subject with my surgeon AGAIN, but wouldn’t have agreed to proceed with the surgery until accurate testing through the lab of my choice was a commitment from him.  Shockingly, he brought up the Bartonella testing on his own this time, and agreed it should be done through the lab I requested!

I couldn’t believe my ears. My surgeon was taking possible Bartonella infection seriously and this testing was actually going to happen!!! Not only that, but he thanked me and told me he had learned so much from me- about Bartonella, about another way tumors can form (which goes against everything he knew or had ever been taught), and he showed a lot of humility and eagerness to understand more. The best part of it all was that there was a whole room full of young medical professionals listening to and observing all of this 🙂 Even if I’m not right, or the test results are inconclusive, every single person in that exam room learned to consider Bartonella when dealing with certain types of tumors. 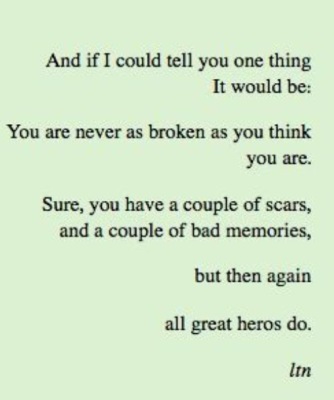 So, maybe this challenge I’m facing is less about me and what I need to learn and grow. Maybe it’s more for others- both those practicing medicine and the patients who come after me. Who knows- there’s still a lot I need to learn in life…I just hope that the lessons won’t continue to be so difficult.  But like my grandma always said, “I might be small, but I’m tough!”

Currently, there has been very little medical research done on Bartonella in humans.  The most knowledgable expert I could find in the entire country is actually a veterinarian who has collaborated with many doctors in order to help humans regain their health.  Most of the studies and the literature written have been about how different species of animals are affected, but humans are affected differently than animals, and are certainly suffering greatly, as well.  We just don’t understand enough about the life cycle of the organism in humans, or the different manifestations of this disease that can occur in the human body.

4 thoughts on “Finding a Silver Lining”